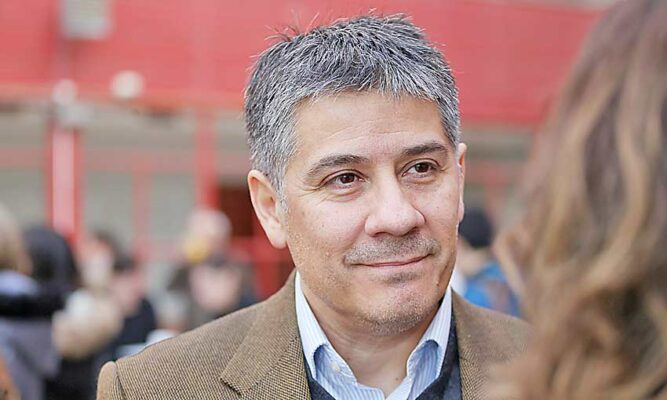 Although the Magallanes Region and northern Chile have sufficient geographical and climatic conditions and technical resources to think about the future development of green hydrogen, the deficit to promote this industry is focused on human capital.

The topic was part of what was exposed by the director of the Center for Energy Resources (Cere) of Umag, Humberto Vidal, during the regional panel developed in the framework of the 10th Future Congress and in which the doctor in Mechanical Engineering focused his talk in harnessing the wind for power generation.

The researcher explained that Magallanes has several strengths and added values ​​when talking about green hydrogen, with maritime terminals, platforms, pipelines and an entire infrastructure that can be used for the development of projects. He also highlighted the existence of tax exemptions that, obviously, are attractive to investors and can facilitate the arrival of projects.

However, and despite the fact that the region has expertise in oil and methanol, Vidal argues that one of the greatest challenges has to do with the formation of a local ecosystem that, integrating the university, higher education institutes, companies dedicated to the energy sector, regional government and ministry, are able to define what type of professionals is required, their skills and training profile, “because if we do not have people to work in this industry, we are not going to give it the sustainability that is required”.

He mentioned that a Corfo study in 2019 observed that the human capital for this energy industry is not in Chile, “so we are facing the tremendous challenge of preparing future generations, young people and those who will have to participate in this tremendous industry that can take place in the coming years ”.

On the other hand, the director of Cere said that although attention has focused mainly on solar energy in the north and the desert, Magallanes is an alternative due to the wind potential “which is not easy to find in other regions of the world.” and that it has already seduced companies to develop innovative projects.

However, he argues that today more than hydrogen is talking about producing ammonia and green fuels. This, he explains, because there is also a logistics problem in terms of how sensitive the storage and transport of this element is. “In gaseous form it is expensive and complex to store, and in liquid form it is intensive in energy consumption and that increases costs.” He adds that these are issues that have to be addressed when defining the course, especially when there are already entrepreneurs interested in developing initiatives. In the definition, Vidal highlights three paths to follow: the production of pure hydrogen, the transformation into ammonia, and the production of methanol and other associated products.

It was during this week that Magellan was part of the agenda of the Future Congress, where experts from various latitudes addressed issues related mainly to health and environmental problems.

The tenth version of this meeting (sixth in Magallanes), under the motto “Inhabiting Uncertainty”, began on Monday through the online mode.

On the opening day, Senator Carolina Goic raised by way of introduction how do we inhabit uncertainty when we know that we cannot provide the same solutions looking at the past to face what the pandemic has reflected so harshly on us? Challenges from inequity, the emergence of technology, in how we relate to our environment, and this version seeks to be a space to reflect and provide answers about that.

For his part, the rector of the University of Magallanes, Juan Oyarzo, said that “as a society we cannot afford to continue making mistakes, especially when we are increasingly living in uncertainty, where global society seems to have started a journey to fear. For this reason, the presence in Magallanes of technical, professional and scientific training from the University, Inach and other national and international research centers is even more important, as well as the interest of the Senate in supporting our efforts to understand and protect our environment. ”.

Meanwhile, the director of Inach, Marcelo Leppe, stressed that “this is an initiative that as few exist in Latin America and the world, where it is about putting spearhead researchers in their disciplines in direct contact with the community, with the civil society”. He added that this “is a congress of big bets and big dreams based on a reality that science grants, or what we call the Knowledge Society.”

The Future Congress is organized by the Special Commission “Challenges of the Future” of the Senate of Chile together with more than 35 institutions throughout the country that, at the local level, have joined the consecutive efforts of the University of Magallanes and the Chilean Antarctic Institute .